I live in a baseball town.  We’ve already had our winter warm event  a month  ago when it was about 20 degrees.  The players showed up.  The coaches showed up.  The fans showed up. No game was played, but something was in the air.   I think it was the anticipation of what is to come in 2010.  And expectations are always over the top for our team. Cross home plate enough to go to the world series.  Cross home plate.

Some would think it strange how stuff  ties into ministry for me, but it does.  I thought about how funny it would be if the players, coaches and fans showed up to the ballpark and there was one thing missing… home plate.  There would be no way to define a win without a score.   Baseball is about strategy. Hmm… wow, ministry to kids and families (which if FAR more important) is about strategy.   If you just pick curriculum and run the program, its like you forgot to put home base out on the field.  DEFINE the win.   Do children’s ministry leaders PLAN on kids succeeding as they plan for the weekend?  Put home plate on the field. I believe God is honored by that!  Simple lessons (less is more) with strategy for a child  to know and grow in their relationship  with God is the plan. Partnered with parents and volunteers saying the same thing translates to a home run.  A score.  And as we say here in baseball heaven- “that’s a winner!“

How many times have these topics been debated?

God has been dealing with the collision of tradition vs. real issues of the heart way back to Adam and Eve.  The Old Testament is just that.  It is a testament filled with applications on why the Law wouldn’t work. We were separated. We couldn’t do anything to approach God and find our way to Him.  But, oh how we tried. (one of my favorite fake outs was the furry arm trick and stew… like God wouldn’t notice THAT).

Then, God sends Jesus (Himself clothed as a human), to mix it up.  People didn’t know how to handle that! Everywhere He went Jesus mixed it up.  They referred to him as Rabbi (teacher).  At twelve He taught in the temple.  He followed the Jewish law of his parents.  Pretty impressive! Quite the credentials.  Tradition!

But then Jesus would go and mix it up by using everyday things to teach followers,  and hang out with average people who weren’t the religious types and produce grateful heart changed people .  Mud, spit and trees and fish.  All of these were practical, tangible things used to demonstrate the power of His Word.  Not very religious of Him.  But there was wonder in that!  There was discovery.  There was passion.  It all pointed  to the Father and His heart of love and mercy. And He was the fulfillment of the old and new.

People who were around him were changed.  He was the LIVING Word in action.  People wanted to follow that relationship rather than just the rules.  Jesus was able to cast light on traditions.   He then pointed out that THE most important part of all of it  all was LOVE.   His  command to us rings true to us who minister to kids and families: go tell them.   Mix it up.  Contemporary.  Mix it up. Traditional.   But LOVE has to lead it all.

In conclusion, one of my favorite Andy Stanly quotes is:

“”Engage culture so as to present that which is EVER changing to that which NEVER changes.”

You don’t compromise the Message, rather you do whatever is possible -with excellence– to engage and present the Message to a dying world.    Jesus did. Mix it up. 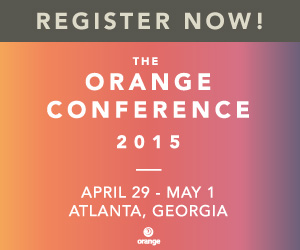 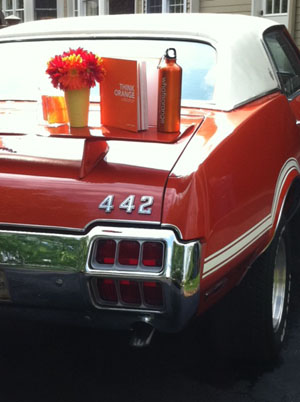